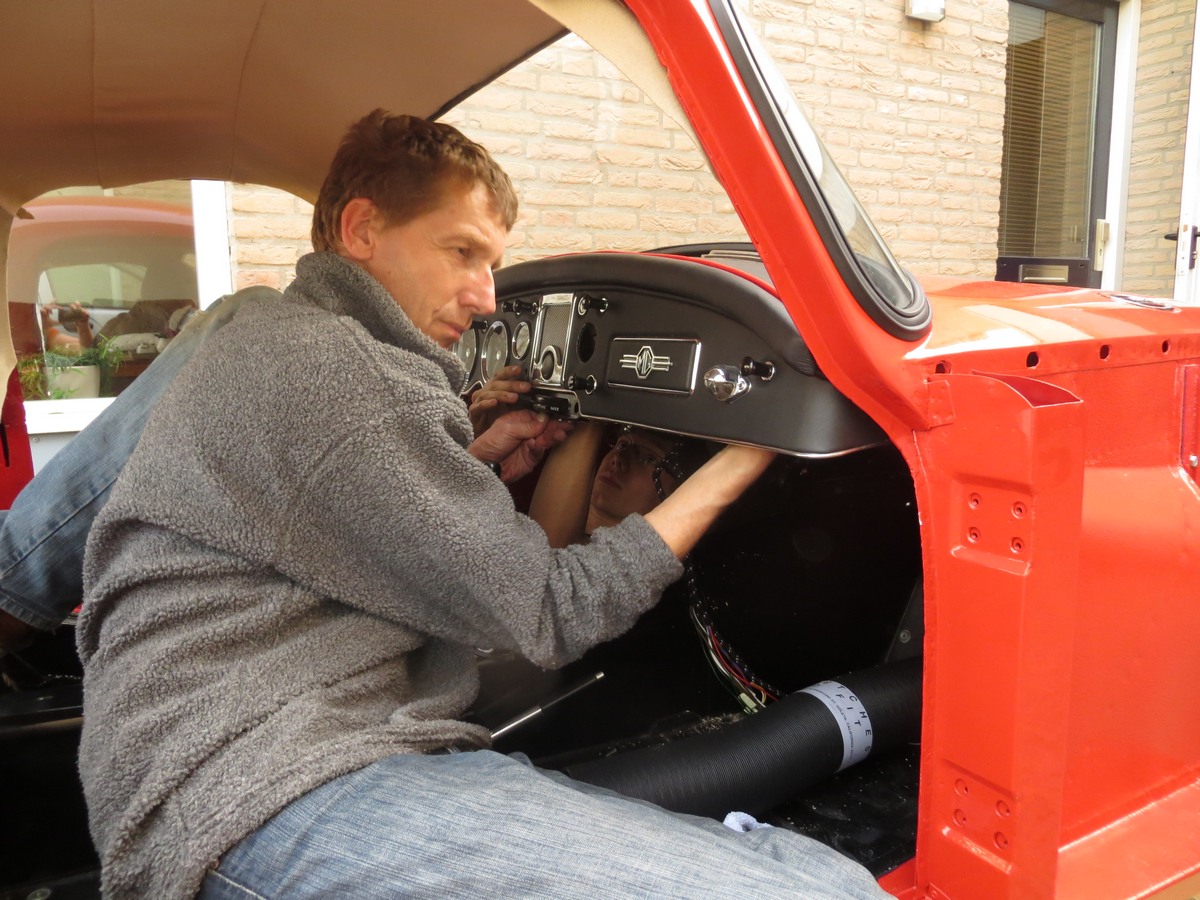 A milestone we have been looking forward to. Firing up the engine for the 1st time. We had to take a few hurdles to get there, but we managed! The first problem we encountered was that we could not get the clutch to work. In the end it turned out that a lever was installed the wrong way around and to correct that we had to take out the engine again. After that the clutch slave cylinder leaked badly, and we had to replace that. I had already checked the distributor on a test bench to make sure that the mechanical and vacuum advance were both in spec. 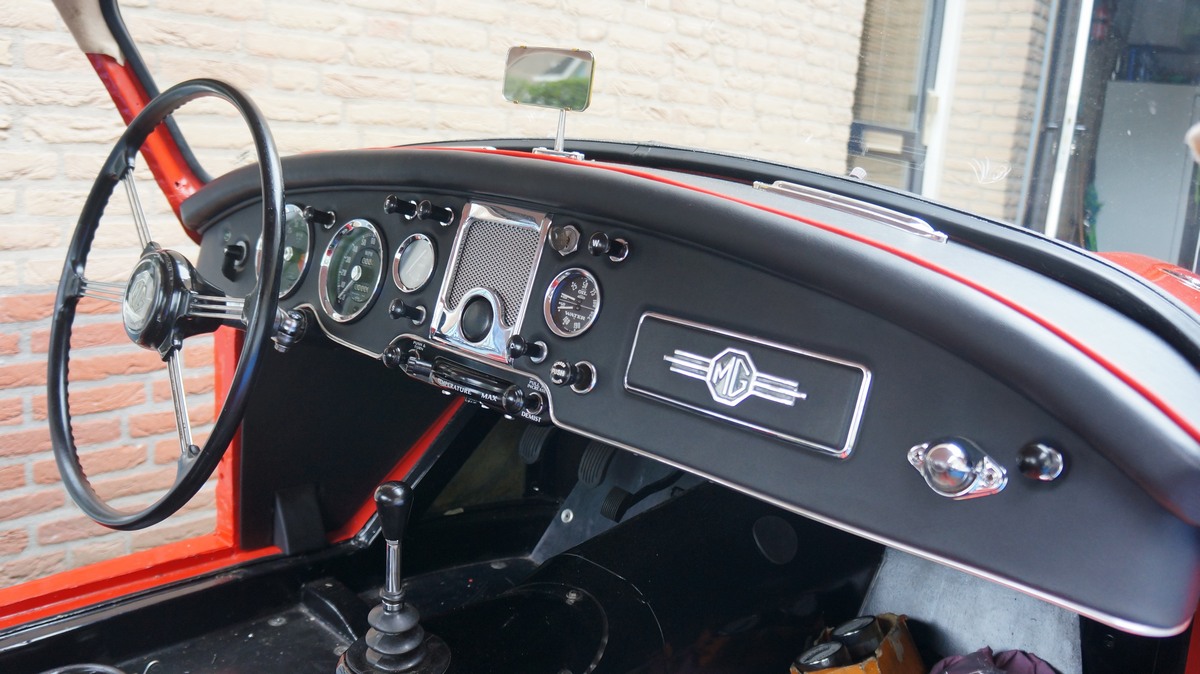 Next we checked all the electrical components and wiring. To do that without risk of burning wires I installed the battery and connected it through a fuse in case there was an unexpected short circuit. But everything worked as planned: The fan, the lights in the dashboard, and the wiper motor. Everything worked, except the fuel pump for which we found a nice replacement at a enthusiastic MG owner who has a hobby in restoring old SU fuel pumps, and he did a good job. After checking the electrical components, we powered the starter with the spark plugs removed we waited for the oil pressure to come up, which it did after a couple of seconds. 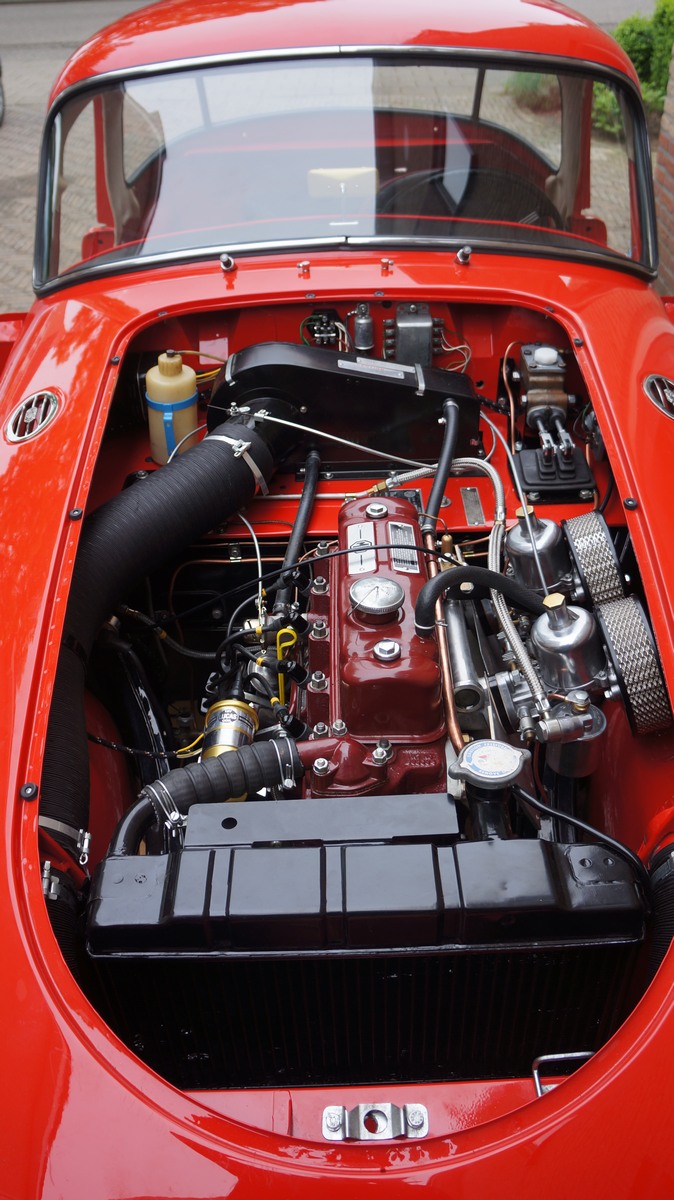 The first real start attempt was next: fuel in the tank, ignition on, wait for the fuel to arrive at the carburettors and... Nope. The fuel leaked out of the carburettors so we aborted this first attempt. It turned out that a needle valve was not properly installed. And so the next day we would do attempt number two, and vroooommm.. We have lift-off. After 35 years the MGA is roaring again. We adjusted the carburettors to get a nice even run and Daan took it out around the block.

A couple of issues came out of this alpha test: The generator is not producing electricity, and the speedometer cable was broken. But all other systems performed well: gearbox, clutch, breaks and steering. We still have to fit the fenders, doors and finish the interior and then we can go for the license. We are getting close ...